Edible Arrangements was named one of America’s fastest-growing privately held businesses in America by Inc. Magazine and has been ranked first in its category by Entrepreneur Magazine’s Annual “Franchise 500” Ranking for the past seven consecutive years. In 2011, Edible Arrangements was ranked 9th on Forbes.com ‘Top Franchises for the Money” listing. In February of 2009, Tariq was named “Entrepreneur of the Year” by the International Franchise Association, whose members include more than 1,300 franchise systems, 11,000 franchisees and 500 suppliers. In June 2009 Tariq was awarded the Ernst & Young Entrepreneur of the Year 2009 Award in the Retail and Consumer Products category in Metro New York.

Fruit business catches the upside of a down market 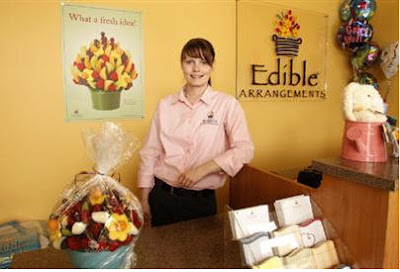 Fruit business catches the upside of a down market was last modified: April 14th, 2014 by Tariq Farid

Edible Arrangements, the pioneer and leader in hand-sculpted, fresh fruit arrangements, today announced that its CEO and Founder Tariq Farid received the Ernst & Young Entrepreneur Of The Year® 2009 Award in the Retail and Consumer Products category in Metro New York. According to Ernst & Young LLP, the award recognizes outstanding entrepreneurs who are building and leading dynamic, growing businesses. Farid was selected by an independent panel of judges, and the award was presented at a gala event at the Marriot Marquis, Times Square, NY on Thursday, June 25th, 2009.

“It’s an incredible honor to be named Entrepreneur of the Year by Ernst & Young,” said Farid. “Such a distinction would not have been possible without the unyielding dedication of our franchisees and corporate staff. Without them, I would not be receiving this award.”

The Ernst & Young Entrepreneur of the Year awards celebrate their 23rd anniversary this year. The program honors entrepreneurs who have demonstrated exceptionality in such areas as innovation, financial performance and personal commitment to their businesses and communities.

As a Metro New York award winner, Farid is now eligible for consideration for the Ernst & Young LLP Entrepreneur of the Year 2009 national program.

Award winners in several national categories, as well as the overall national Ernst & Young Entrepreneur of The Year award winner, will be announced at the annual awards gala in Palm Springs, California on November 14, 2009. The awards are the culminating event of the Ernst & Young Strategic Growth Forum, the nation’s most prestigious gathering of high-growth, market-leading companies.

Sponsors
Founded and produced by Ernst & Young LLP, the Entrepreneur of the Year awards are pleased to have the Ewing Marion Kauffman Foundation and SAP America as national sponsors.

One of America’s most successful entrepreneurs, Tariq Farid is the Founder and Chief Executive Officer of Edible Arrangements International, the pioneer and worldwide leader of high quality, artistically designed fresh fruit arrangements. He is responsible for setting the company’s strategic direction and for the licensing of new franchises across the United States as well as internationally.